Chinese Women Not Helping Themselves 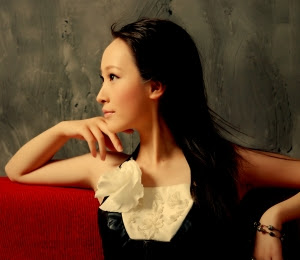 Leaving out those who are happy and content being single, the remaining “leftover” women of China are not getting any help from their society to end their search for a mate. Perhaps, it would be more accurate to say that they are not helping themselves with their stubborn adherence to attitudes that do not get them anywhere closer to their dream. At the same time, they often complain about how hard it is to find a husband.

Most of these women are still single by choice, either because they wanted to pursue their ambitions first or because they have been unable to find their Mr. Right and do not want to settle for less. For some women, it’s both. Of course, there is also the fact that their society considers them past their optimal marrying age and most Chinese men prefer younger wives. In any case, many of these “three-high women” have high standards when choosing a partner. They want a man with equal, if not higher, qualifications. Most assess the suitability of a man by his level of attractiveness, his salary, and whether or not he owns a big house and a car. Being financially successfully themselves, it is somewhat understandable why they have such high demands.

At the same time, many of these women also realize that a good marriage cannot be built only on these superficial qualities. Even those who have these requirements because they believe they show that a man is responsible and hardworking also want to find love.

Indeed, many of these women have had no trouble meeting men who meet their high standards (both foreign and Chinese); but they still remain single because they did not feel any connection, because they have not fallen in love. And then there are those who find it nearly impossible to find men who can meet their unrealistically high standards that are still single and who will still take them despite their age.

These women have high expectations and, at the same time, romanticized ideas of what they want in a relationship. For some reason, however, they still haven’t found love. In spite of their unsuccessful attempts, most of them are not willing to lower their standards. Perhaps it is because they are limiting themselves with their high standards and not casting their nets wide enough?

Perhaps they do not realize that while they have a romanticized idea of love, their pragmatic (or maybe it would be more accurate to say materialistic) mindset when searching for a suitable mate prevents them from falling in love or makes them incapable of it.

Perhaps it is the fact that their “ability” to love a man is still so closely tied to the fulfillment of their high expectations that it is almost impossible for them to find the kind of relationship that they have been seeking. Perhaps they fail to see that the satisfaction of their materialistic demands do not necessarily mean that love would easily follow.

Being well-educated, financially successful, and highly intelligent, they have the means to open many opportunities to meet suitable men for themselves. If they choose to set very high standards, then they should be willing to accept that they may not find love at all under the very limited circumstances that they create for themselves. If they want to find love, then they must open their minds and hearts to possibilities that fall below their material expectations.

Of course, there is always the possibility that they can have the best of both worlds. It is also their choice to keep on holding out for their “ideal” man, if he even exists. Sooner or later, they will come to the realization that they let good opportunities slip through their fingers because they wanted more.

Posted by ChinaLoveMatch at 2:37 AM