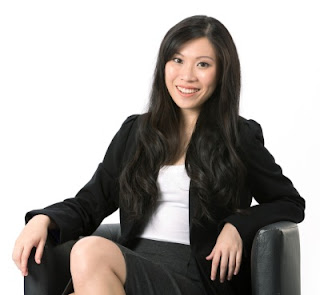 It is only natural that a person who acquires higher learning and a higher status in life would also have higher expectations from their potential life partner. Such is the predicament of countless modern Chinese women who have been labeled "shengdu," or leftover women. These women made the choice to take advantage of the opportunities made available to them to better themselves by pursuing higher education and career ambitions and, consequently, by becoming more independent.

To most of the rest of the modern world, this choice of self-betterment and independence would not be considered as such a big deal anymore; after all, modern women all over the world make the same choice everyday and they are admired and respected for doing so. In China, however, such personal freedoms afforded to women are only a recent development and many traditional attitudes toward a woman's roles in society and the home still persist, clashing strongly with the demands of being a contemporary woman in a contemporary environment.

What this means for modern Chinese women, especially those labeled shengdu, is their choice to become independent and to better themselves makes them undesirable partners for Chinese men. Firstly, many traditional Chinese men still prefer a wife who would perform her traditional duties at home. This means they expect their potential life partner, a woman of the modern world, to give up her successes and ambitions and choose to play her traditional role instead.

Secondly, making the choice to pursue higher education and career goals means that these women have put off getting married way past what is considered the ideal marrying age for women in China. If a Chinese woman is still single by the time she's 27 years old, her "value" as a potential wife drastically plummets and continues to do so with each additional year that passes.

Thirdly, many traditional men of China also prefer women who have lesser qualifications than they do. At the same time, these intelligent, successful, and independent women also prefer a life partner who can match their own achievements, if not exceed them; in other words, their higher achievements come with higher expectations. Understandably, these women would be used to a certain kind of lifestyle and would expect to continue living this lifestyle even after getting married and starting a family. This means having a husband who would be able to support not only her basic needs, but also the comforts she is used to, and which she is able to provide for herself.

It may seem ridiculous to the rest of the modern world that a man would prefer a woman as a potential life partner only if she meets his minimum requirements AND does not exceed them. One would think exceeding expectations would make a woman even more desirable. Not in China; at least, today's current attitudes toward these so-called leftover women, and the mere fact that they are labeled as such, still convey this message.

Fortunately for these women, they have begun to realize that their choices are not only limited to the men from their own culture. Countless foreign men in search of a Chinese life mate do not only find them highly desirable and respectable, these men can also meet their higher expectations.

Discover tons of great information about Chinese women and dating in China on the blogs, magazine and forum of ChinaLoveMatch.net (the home of trusted Chinese dating), where international men and Chinese women share their life experiences and bare their souls to give you the real goods on all things Chinese.
Posted by ChinaLoveMatch at 9:58 AM