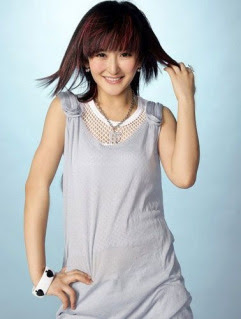 The capital of Sichuan province, the city of Chengdu has joined the ranks of the most economically prosperous cities in China, and yet has still managed to retain its old-town charm. The natural and cultural attractions of Chengdu make it an increasingly popular stop for tourists visiting China; additionally, the city's many beautiful women have also made it an increasingly popular choice for foreign men who are in search of a Chinese wife.

Chengdu is fed by several major rivers, making the land very fertile and rich in natural resources. The Dujiangyan Irrigation Project, the world's oldest and last no-dam irrigation system is one of the prides of this lush city.

Whether you are in Chengdu to visit a special Chinese lady or to check out if it's an ideal place for you to work and live, the city has many charming delights to offer you while you're there. It has scrumptious appeal with an excellent sampling of the distinct flavors of Sichuan cuisine and the famous Chengdu hotpot. You can enjoy the tranquil beauty of the many gardens and temples that pepper the city. The most famous of these are the Living Water garden, the Taoist Monastery of QingyangGond, the Bronze Goat Taoist Temple, and the Wenshu Shrine Buddhist temple complex. Take a leisurely stroll in Wangjianglou Park, through the People's Park, or along the River Viewing Pavilion.

Chengdu has plenty of tea houses where you can sit back, relax, and enjoy the mix of old-town-charm and modern atmosphere of the city, while taking a break from your meanderings. But not to worry if you aren’t into tea. There are also plenty of pubs in Chengdu, and coffee shops are an increasingly popular venue as well.

Chengdu is also famous for its pandas and is home to the renowned Chengdu Panda Breeding and Research Center, which has accomplished the most successful panda breeding program in the world. The 92-acre research center provides more than 100 pandas, including the Giant Panda and red panda, a natural sanctuary; it also provides a home to some black-necked cranes and other rare animal species. Another famous panda reserve, the Woolong National Nature Reserve, can also be found in Chengdu

Chengdu has only one airport, the Shuangliu International Airport, but it is also the largest one in western and central China. The most convenient way to travel around the city, as well as to other major cities, is by train. The North Railway Station is the largest and busiest railway hub in China's southwestern region and boasts of ten high-speed trains; the South Railway Station, on the other hand, only serves four areas and only has four pairs of trains in operation. One can also travel by bus within the city and to various surrounding areas.

If you are in Chengdu to be with your special Chinese lady, or for a night out on your own, for entertainment, charming Jinlistreet is a cultural and recreational hub, lined with tea houses, pubs, bars, and local food and craft stores. Sichuan province’s and the world's premier tea houses are scattered all over the city. For a real cultural experience, one can visit the Sichuan Opera, where performances famous the world over are held.

Until a few decades ago, Chengdu was still surrounded by medieval walls and gates. The city has, since then, welcomed the migration of workers from the surrounding coastal areas, as well as investors and companies from different regions all over China who want to take advantage of the low start-up costs and taxes and cheap cost of labor. It has also welcomed foreign companies, including Coca Cola, Ikea, Toyota, IBM, Intel, Nokia, and Motorola, among many others.

The city of Chengdu definitely has a lot of attractions and opportunities to offer a foreign man visiting China and searching for a life mate. For more, great information about China, its cities and its women, as well as Chinese dating, check out the blogs, magazine and forum of ChinaLoveMatch.net (the home of trusted Chinese dating), where international men and Chinese women share their life experiences and bare their souls to give you the real goods on all things Chinese.

Posted by ChinaLoveMatch at 9:13 AM