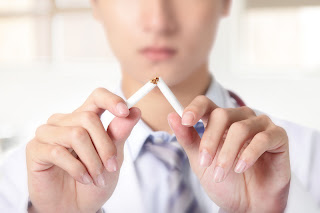 The smoking rate of Chinese men in the mainland is the second highest worldwide, at 54 percent, and closely following on the heels of Russia, whose rate is 60 percent. Smoking is one of the worst habits of Chinese men, alongside drinking and having extra-marital affairs. When before, Chinese women were only exposed to dangerous secondhand smoke at home, nowadays, many are also exposed to the health risks of secondhand smoke in the workplace.

Last year’s Global Adult Tobacco Survey reveal that secondhand smoke exposure of mainland Chinese women between 15 and 49 years old is among the highest out of the 14 low- and middle-income countries that were included in the survey. (Source: http://www.womenofchina.cn/html/womenofchina/report/146628-1.htm)

In terms of exposure at home, more women from rural areas are affected compared to those living in urban areas. This is most likely because women in urban areas are mostly migrant workers that live alone or share an apartment or room with other women, whereas women from rural areas often live with their families, in which the males are probably smokers.

The health risks for women from secondhand smoke are often related to their reproductive health. Reproductive-age women who are regularly exposed to secondhand smoke may suffer from complications during pregnancy, restriction of fetal growth in the womb, pre-term deliver, stillbirths, and even infant death.

According to the Chinese Ministry of Health, there are more than 300 million Chinese smokers on the mainland; at least 1 million die every year from smoking-related diseases; and an estimated 100,000 die from secondhand smoke exposure annually.

Given these alarming statistics, the Ministry of Health released, for the first time, a report detailing the hazards of smoking. Together with the US Department of Health and Human Services, the ministry also launched the China-US Partnership on Smoke-Free Workplaces. (Source: http://www.womenofchina.cn/html/womenofchina/report/146628-1.htm)

As a foreign man living and working in China, you would already be fully aware of this public health problem. If you are in a relationship with a Chinese woman and have plans of getting married and having a family in the future, you have more reason to look after her health. One thing you can suggest to her in order to reduce her exposure to secondhand smoke at home, at work, and/or at public places is for her to wear a face mask. http://blog.chinalovematch.net/blog/article/When-A-Mask-Gets-in-the-Way-of-Chinese-Dating

If you also have the nasty habit, you should seriously consider quitting. This may be a nearly impossible task considering that you are surrounded by smokers and Chinese men have the habit of offering acquaintances, friends, and co-workers with a stick of cigarette. During business meetings, you may also be offered an expensive pack by a superior. But if you are serious about marrying a Chinese woman and having children with her, quitting is a must. Read one of our articles about Quit smoking for a longer life with your Chinese love at chinalovematch.blogspot.com/2013/08/quit-smoking-for-longer-life-with-your.html

Additionally, if raising a family is part of your future plans, you may also seriously consider moving out of China. Children are also highly susceptible to the health risks of secondhand smoke exposure, not to mention the even more terrible problem of air pollution in mainland China.

This is just one of the many problems that Chinese women currently face. Keeping up to date with current events in China, especially with issues that directly affect Chinese women, is very important to any foreign man who has serious intentions of finding a Chinese wife.

Discover tons of great information about Chinese women, having a Chinese wife, and Chinese dating and relationships on the blogs, magazine and forum of ChinaLoveMatch.net (the home of trusted Chinese dating), where international men and Chinese women share their life experiences and bare their souls to give you the real goods on love, cross-cultural relationships, and all things Chinese.

Posted by ChinaLoveMatch at 7:49 AM