Chinese Women and the Boundaries They Walk 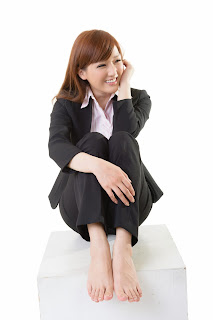 All throughout history and all over the world, women have tried countless techniques to become beautiful, and especially to meet the standards of beauty set by their society. Chinese women are no exception and, in fact, were subjected to one of the most painful and debilitating forms of “beauty enhancement.”

For hundreds of years, foot binding was practiced by women because having small feet (the ideal length was around 2.75 inches) was considered beautiful and was also a status symbol. Chinese men, back in those times, preferred wives with tiny feet; as a result, foot binding was necessary for Chinese women to find a husband, particularly one who was wealthy.

In order to achieve three-inch “lotus of gold” or four-inch “lotus of silver,” millions of women had their feet bound by their mothers when they were still children – when their bones were still softer and easier to break and bind so that their growth would be stunted.

For beauty and the chance to marry into wealth, Chinese women had their feet bound very early in their lives – between the ages of two and four, before the arches of their feet formed. The ritual extended over many years until the feet stopped growing and the desired length was achieved.

First, the child’s toe nails were clipped and her feet soaked hot water, or a warm mixture of herbs and animal blood, to soften them. The feet are then massaged and covered in alum; afterwards, the bones in all the toes, except for those in the big toes, are broken and bent toward the sole; the arch is also broken. A silk or cotton bandage is used to tightly bind the toes in place.

Every day, or every two days according to some sources, the bandages are unwrapped and the feet washed so as to avoid infection. Each time the bandages are replaced, they are wrapped more tightly than before. The girls have to regularly walk long distances, wearing increasingly smaller shoes, to further crush and bend their feet into the desired shape and length. The experience was excruciatingly painful and one that they had to endure everyday and for many years.

Even after the practice was finally banned in 1912, it still persisted as the idea that tiny feet made a woman more beautiful and more desirable as a wife also did.

While the Chinese did believe that foot binding made Chinese women more beautiful, the practice also served the purpose of literally and figuratively hobbling women and making them more dependent on men. It was one of the most extreme means by which the society “kept women in their proper place” and to make them conform.

Nowadays, foot binding is believed to have been completely eradicated; beyond no longer being physically maimed, today’s Chinese women are certainly enjoying more and bigger freedoms. They have access to better education and job opportunities; they are given the chance to elevate themselves in society and to become financially independent, as well as to experience the joys that such independence brings.

At the same time, many traditional expectations and standards that limit women’s behaviors and roles still exist in modern Chinese society. These are no longer forced, but the pressure for them to conform can still be great enough to influence modern Chinese women’s decisions. Additionally, they face modern expectations and pressures that, while they may come in a different form, still continue the tradition of “binding” women to society’s standards. High-heeled shoes; being a size zero; having certain body proportions – toeing the boundaries between traditional and modern demands on China’s daughters are definitely no cakewalk.

Understanding not only Chinese history and culture, but also the current issues affecting China, particularly those that affect Chinese women will prove very beneficial in enriching a foreign man’s knowledge of and experiences in Chinese dating. One can find invaluable information on the blogs, forums, and magazine of ChinaLoveMatch.net, the home of trusted Chinese online dating and where foreign men and Chinese women share their life experiences and bare their souls to give you the real goods on love, cross-cultural relationships, and all things Chinese.

Posted by ChinaLoveMatch at 5:33 AM