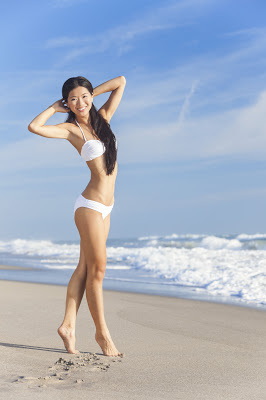 Okay, so you’re not just after one-night stands; you’re dating Chinese women because you genuinely want a Chinese wife. There are a lot more important things about her culture, society, language, and family that you ought to understand; but let’s take a break from all the more relevant stuff and dive under (no pun intended) their outer layers to understand the bare truth about Chinese women’s attitude toward underwear.

Those with honest intentions to marry a Chinese woman would say that they don’t care about what’s on the outside; what matters to them is what’s within. How about what’s in between? Men will be men, after all, and even the most decent and respectful ones cannot deny the purely sexual appeal of a provocative piece of underwear. It’s not perversion; it’s simply biological.But while sexy underwear can turn a western man on, for a man who’s not just after the physical, un-sexy underwear might not necessarily disappoint.

Based on rich, personal experiences and, of course, media exposure, foreign men have an intimate knowledge of what’s inside western women’s intimates drawers: sexy and racy pieces that leave little to the imagination. Perhaps based more on what they see on Chinese, Korean, and Japanese advertisements and shows, they may also have a good idea of the kind of intimate apparel these Asian women, and particularly Chinese women, keep in their closets: dainty pieces with cute patterns and prints that actually seem more appropriate for kids.

Alright, the cute undies are most likely only popular among those who are still in college and in their early 20s. Most of those who are in their late 20s and older still prefer intimate garments that are simple and comfortable and that also provide adequate coverage; in the west, these are known as granny panties.

When it comes to intimate clothing, Chinese women of a certain age may seem to be more concerned about “functionality” than they are about feeling and looking sexy; the younger ones are, obviously, more influenced by what they see on television, in magazines, and online. All in all, however, expression of their sexuality through intimate clothing is slowly catching up to Chinese women’s openness toward many other things that are sexual in nature, particularly as it relates to relationships.

In fact, many modern women of China are no longer averse to physical intimacy before marriage, or even premarital sex; but they’re still very timid when it comes to discussing sex, even among their friends. And buying and wearing provocative intimates simply scream sex. In other words, being sexy, for Chinese women, is the same as admitting that they are having sex. For this reason, only a brave few visit intimate apparel shops. The same is true for women who are already married.

Another reason that many women of China seem to have “prudish” tastes in underwear and would not even think of wearing daring lingerie is because their role models growing up were their old-fashioned mothers; actually, most grew up in households that could only afford cheap undergarments and at a time when any form of sexuality in the media was still heavily censored.

Nowadays, Chinese women are exposed to models and actresses from the west, as well as from their own country, who strut their stuff in teeny undies that only cover up the “bare essentials.” Those that get to travel to and/or live for some time in other countries are most likely to explore and indulge their sensuality and sexual vanity, even after they return to China.

But make no mistake about it; today’s Chinese women are very conscious about their appearance and about fashion. Even as their exposure to sexy brands such as Victoria’s Secret, Calvin Klein, Wacoal, and La Perla increases, as well as their ability to afford such personal luxuries, many women of China have yet to allow themselves such degrees of abandon to their sexuality as western women have done.

So for those foreign men who are thinking of giving their Chinese girlfriend sexy underwear or lingerie as a gift, unless they’re sure that their girlfriend is very comfortable with her sexuality and perhaps even overtly sexual in nature, it would be best to wait to give her such an intimate gift until after they’re married. Or perhaps more accurately, until after they have begun to explore sex together, whether that is before marriage or after.

One thing you can be quite sure of is that a Chinese woman, if she feels she can trust her man not to be judging her, will open up and grow to treasure a warm and loving sexuality in her relationship and all the joys that go with it. Chinese women love to be appreciated for their beauty, and if you slowly introduce sexy undies as one more way that you treasure her beauty and her love, she will take to them like a duck to water.

Posted by ChinaLoveMatch at 9:00 AM