ROMANCE ON THE WEB: THE RISE OF ONLINE DATING IN CHINA 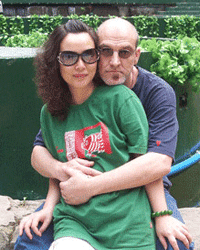 It used to be that one needed to go to bars and parties to meet interesting singles. These days, thanks to the prevalence of the internet, millions of people around the world have found luck in romance just by staying at home, due to online dating websites. This is true even in traditional China.

Although the country is known for centuries of strictly adhering to traditions – especially in romantic relationships— online dating in China has successfully hooked up Chinese singles with men and women from their own country and even those from across the globe.

According to a Time.com article, many Chinese singles haveturned to dating online to find a solution to the social pressures to find a partner.China is revealed to make up the largest number of online daters at 140 million. By comparison, the US has only 40 million such users.

China’s economic rise to power and its transforming social structure also contribute to the success of online Chinese dating in China. As increasing migration from rural to urban areas resultsin fragmented social networks for many Chinese, they turn to online dating to establish new relationships.Websites also provide alternative ways to establish new social connections other than romantic ones. The anonymity of online dating sites makes it comfortable for the Chinese youth, who are introverted and find it difficult to socialize in the real world, to be themselves without feeling uneasy.

Attesting to its apparent effectiveness in compatibly linking up of singles, the online dating industry has gone from a $900 million industry in 2007 to a whopping $1.9 billion industry in 2012. One study has even shown that for those looking for the prospect of marriage, going to an online dating site is more effective than bar hopping when it’s time to look for a date. According to an article on the Washington Post, 17% of married couples around the world have met through online dating sites. The number of couples who met online and got married within three years doubled compared to those who met in common dating venues such as bars, nightclubs, and social gatherings. In just less than two decades, online dating has revolutionized how people find potential mates.

The rise of technology and the increasing difficulty for people to meet in a more traditional manner may attribute to the phenomenal rise of online dating. While there used to be a stigma about it, more and more people are becoming open to it, especially since they now generally know at least one person who has personally done it and successfully found somebody worth keeping via dating sites.

A survey found that in the US, online dating comes third in the most frequent methods of introduction, next only to meeting through mutual acquaintance or at work or school.

Whether online dating in China, the US or other parts of the world, this platform for individuals from all over the world to mingle and meet fellow singles will continue to flourish. Whether one is new to online dating or not, these statistics clearly reflect that no matter your age, figure, gender, nationality, or social status, there is a huge potential of finding your dream man or woman on the Internet.

Not only has online Chinese dating brought together single Chinese men and women, it has also become instrumental in globalizing relationships between Chinese and singles from America and Europe. Many Chinese women, for example, have found Western men through dating sites. Online dating sites such as China Love Match features profiles of Chinese singles looking for prospective partners. Just like many dating sites, it has been very effective, especially in introducing singles from China to other singles of different cultural and ethnic backgrounds.

Posted by ChinaLoveMatch at 5:50 AM