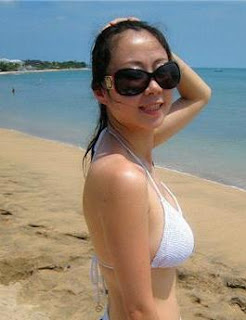 Traditional, materialistic, desperate; these are just some ways that Chinese women are often described by those who don’t know much about them and their five-thousand-year-old history and culture. Any foreign man who is serious about dating a Chinese woman and finding a Chinese wife must not be too quick to judge the women of China based only on what he reads about or watches on a popular Chinese dating show, on what he learns from certain online forum threads or articles, or on a story heard through the grapevine, even if the grapevine is a friend

Any foreign man who is serious about finding his life partner among the daughters of China must not judge them like the blind man judged the sun.

According to the Chinese parable, there was once a blind man who did not know what the sun is and asked other people to describe it to him. One man described the sun as being shaped like a copper plate; the blind man struck a copper plate and heard the clanging sound it made. Later, he heard the temple bell ringing and he thought that must be the sun.

Another man told him that the sun produces light just like a candle; the blind man held a candle in his hand and felt its shape. Later, he picked up a flute and thought that must be the sun. The blind man never truly knew what the sun is because he only heard different descriptions of it.

The same lesson applies to foreign men looking for a Chinese life mate. They should not merely depend on second-hand information.

The best way to get to know Chinese women, or any woman for that matter, is to do it in the women’s natural environment. Of course, not every man can afford to just up and leave, fly to China, and engage in cultural immersion. Even a few weeks’ vacation will be insufficient to scratch more than just the surface of what really makes a Chinese woman.

Fortunately, the Chinese online dating scene also provides an excellent means of gaining more insight about the lovely daughters of China. One just has to make sure that he chooses a dating site wisely, before anything else. Don’t get lured by overly sexy beautiful profiles, especially where every woman is dressed to kill or to go to bed; research, research, research. Find out from other users, through forums, blogs, and articles, which matchmaking sites you should watch out for and heed their warning!

Through online dating (using a reputable Chinese dating site, of course), a man can meet numerous ladies of China who are also seeking a long-term relationship and with whom he can form connections, whether platonic or romantic. From these connections, he can get to know different Chinese women on a deeper level and have a better understanding of them as a whole, particularly the motivations behind some of their attitudes toward dating, relationships, marriage, and family.

Second-hand information from reliable sources are, of course, still very valuable, especially when one wants to learn more about the history and culture of China, as well as about the contemporary events that are shaping today’s Chinese society. A man can also learn a lot from other men who are also on the same quest of finding a Chinese partner and who share their personal experiences on forum threads and blogs published on reputable dating sites and article directories.

But he must remember to look at the bigger picture instead of just its smaller parts; or, more specifically, he must look at all the parts as a whole and not separately. And he must not rush into making a judgment about all Chinese women based only on one, or even a few, sources. He must also seek out opposing opinions before deciding on what he wants to believe or to help him figure out the proper context for certain ideas about the women of China and if these ideas are the rule or the exception.

Dating Chinese women for the purpose of finding one’s ideal mate takes serious commitment; one must make the time and put in the effort to learn as much as he can about the object of his admiration through a variety of reliable sources, through personal connections made via online dating, and by having an open mind. Do not make the same mistake as the blind man.

Discover tons of great information about Chinese women and Chinese dating on the blogs, magazine and forum of ChinaLoveMatch.net (the home of trusted Chinese dating), where international men and Chinese women share their life experiences and bare their souls to give you the real goods on love, cross-cultural relationships, and all things Chinese.
Posted by ChinaLoveMatch at 11:18 AM